This is a work-in-progress implementation of the accelerated compositing concept via auto-list as described in @keithp's blog post.

A compositor can send a list of Windows to the XServer asking it to auto-composite them into subsequent or internally generated compositor frames until told otherwise. The goal is to support for a relevant subset of Windows like for a game window a minimal latency to screen while keeping the compositor asleep as long as there is not much compositing to do besides simple clipping.

In this WIP branch the essential plumbing is done to receive the auto-list and start as well as tear down auto-compositing at arbitrary points in time. In particular:

For tracking and compositing auto-composited Pixmaps the following strategy is proposed:

Figure 1 illustrates the optimal case. Note that the current branch does not feature the timer yet, since this was broken in my tests either in my preliminary timer code or what I believe at the moment because of an issue in KWin's compositing pipeline. Therefore the final executes and the first present after each vblank fall together and the pending area is maximized. Subsequent p-vblanks in the same frame are therefore only relevant to frames later on. 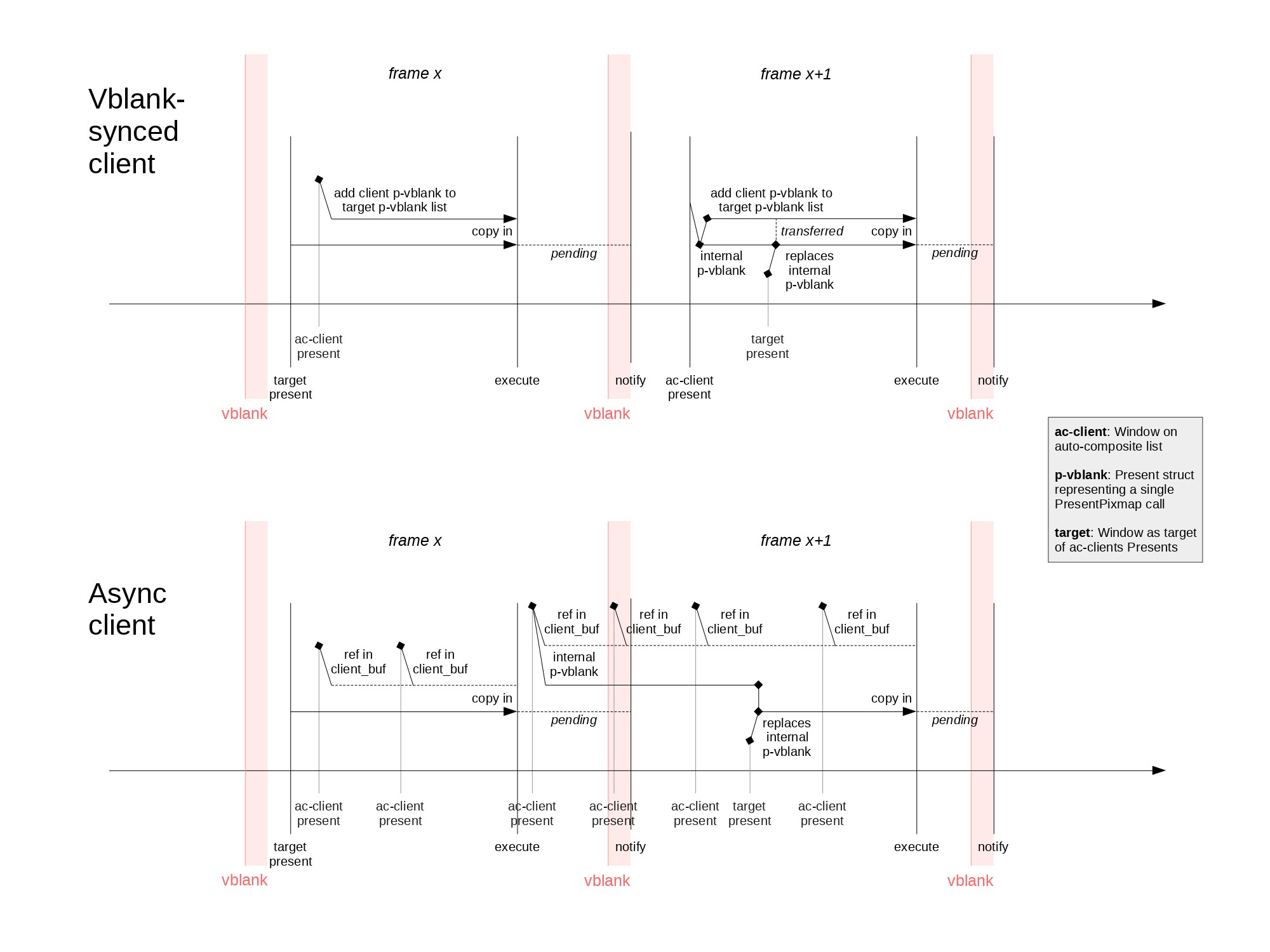 Another approach I followed first was to keep all client p-vblanks around, attach them to the respective event lists and on execute try to merge them into the compositor p-vblank. The problem is that we then need to sort these lists around to first composite the client p-vblanks and then flip the compositor one. Also we might time the p-vblanks incorrectly depending on if a flip is possible or not or this changes in between.

Besides the question if this overall design looks sensible and there are no hidden pitfalls, there are some specific issues I need input on:

This patch series is accompanied by other patches to xorgproto and XCB adding the necessary changes to the Present extension for submitting the auto-list.