All characters in this PDF are replaced by boxes

When displaying the attached PDF document using a Poppler-based viewer such as Evince, all characters are replaced by boxes (see screenshot). As other PDF viewers such as Firefox/PDF.js, Google Chrome, MuPDF, Adobe Reader display it correctly, I suppose it is a poppler bug. The bug can also be reproduced by using utils/pdftocairo -pdf and then viewing the output with a non-poppler-based viewer.

The affected PDF file was created by the online interface of the German self-publishing platform epubli.de from my original document, so I do not exactly know which software they used for that.

All tested poppler versions are affected. I verified it using 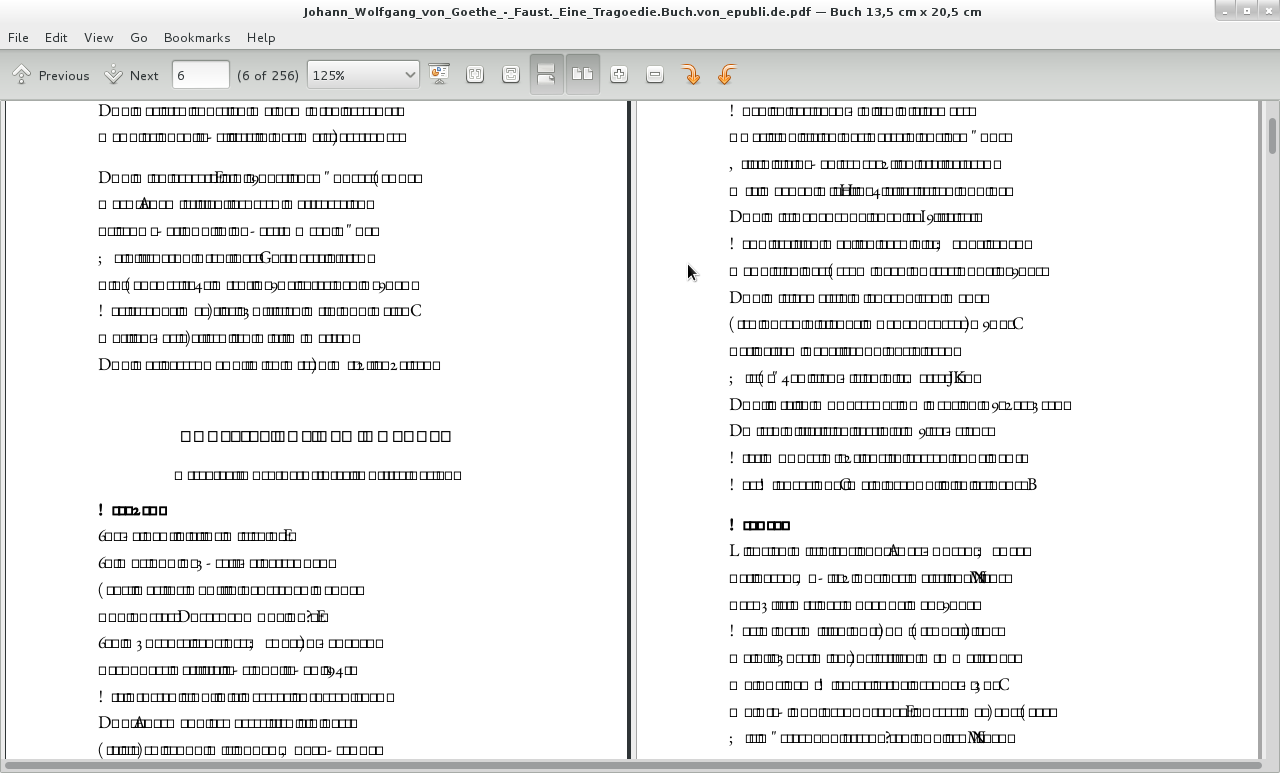