I have two Sapphire R9 Fury's and Vulkan apps default to run on my secondary headless card which performs worse compared to using the primary card.

I was actually in contact with Feral Interactive support about this after seeing the issue in Rise of the Tomb Raider, but they claim it's a Vulkan loader or driver issue, so why don't I just paste the e-mail here as it describes the problem in more detail:

"Hi Feral! This isn't really a support request. It's more of a suggestion for improving performance on multi-GPU systems. I'm on Debian Sid with kernel 4.15 and Mesa 17.3.9 and noticed that Vulkan games, including Rise of the Tomb Raider runs on my secondary GPU. By switching over to my primary GPU in the Feral launcher, I've increased my benchmark score from 60fps to 73fps (1080p high) and the game runs noticably smoother. This is something I have to do every time I launch the game becouse the setting resets between play sessions. I'ts a bit wierd that the primary GPU is in the bottom of the list. I wonder if this is a RADV issue since it happens in all Vulkan applications, including non Feral apps. 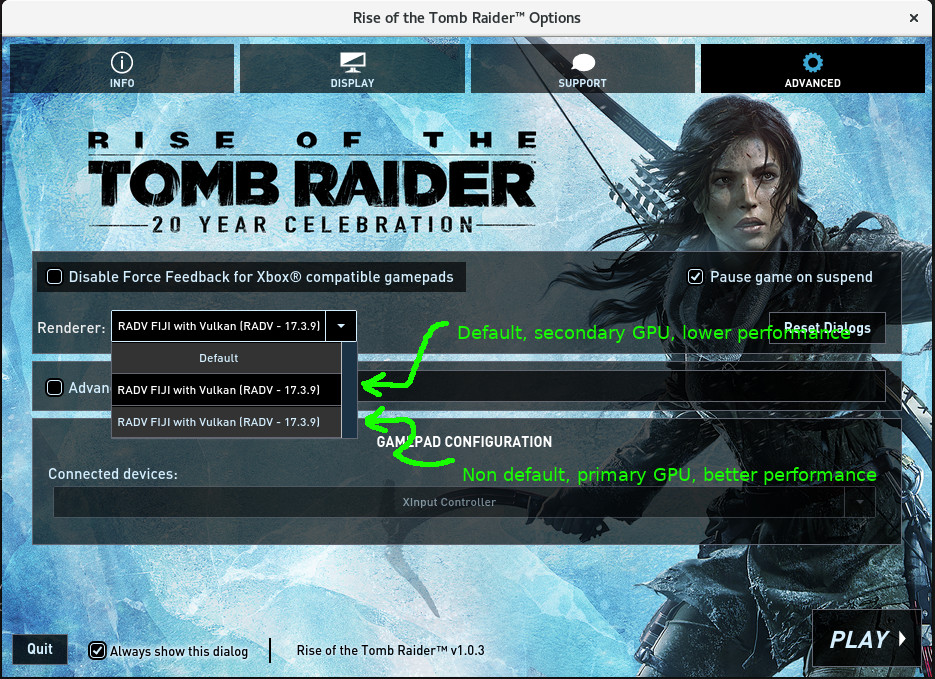