I'm copying this over from bugzilla.kernel.org, because I think it's the wrong place for amdgpu bug reports.

So everytime I start RocketLeague the first time after a boot I have some kind of micro stuttering. This happens with my RX550 and on a Vega 56.

A workaround is to set power_dpm_force_performance_level to "high".

Setting it back to "auto" on the RX550 makes the stuttering return. Doing the same thing on the Vega 56 not and the stuttering is gone until the next boot.

I recently found out that I can set power_dpm_force_performance_level to "manual" as well and forbid the lowest clock mode by setting pp_dpm_mclk to "1 2 3".

I'll attach three screenshots that display the shader clock and fps via gallium hud. One directly after a boot, one with performance_level set to "high" and one after resetting it to "auto". All screenshots were made with the Vega 56 and Mesa 18.2.0.

The Mesa version is quiet old, but neither a newer kernel, nor an updated Mesa helps. 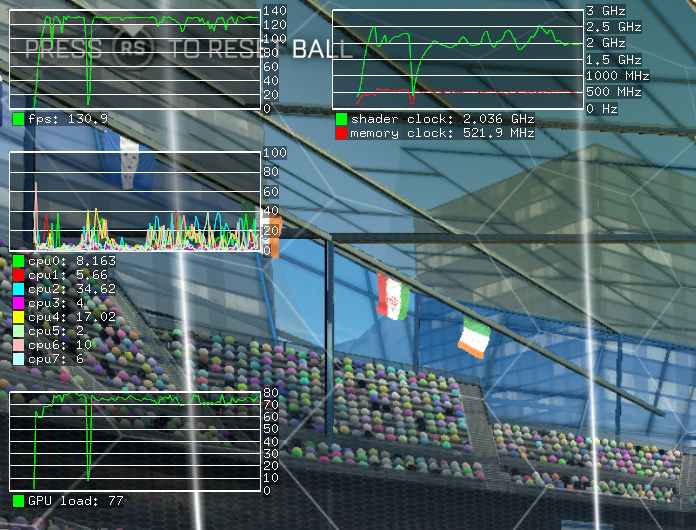