Lenovo ThinkPad Yoga X1 audio shows up as too many devices

pavucontrol lists multiple output devices (each with a single port) rather than collapsing them into different ports of the same device, and lists multiple input devices rather than collapsing them into multiple ports of the same device. As a result, the app's display is cluttered up with devices that are not useful most of the time. This affects the KDE Plasma volume control applet which makes it annoying to use: 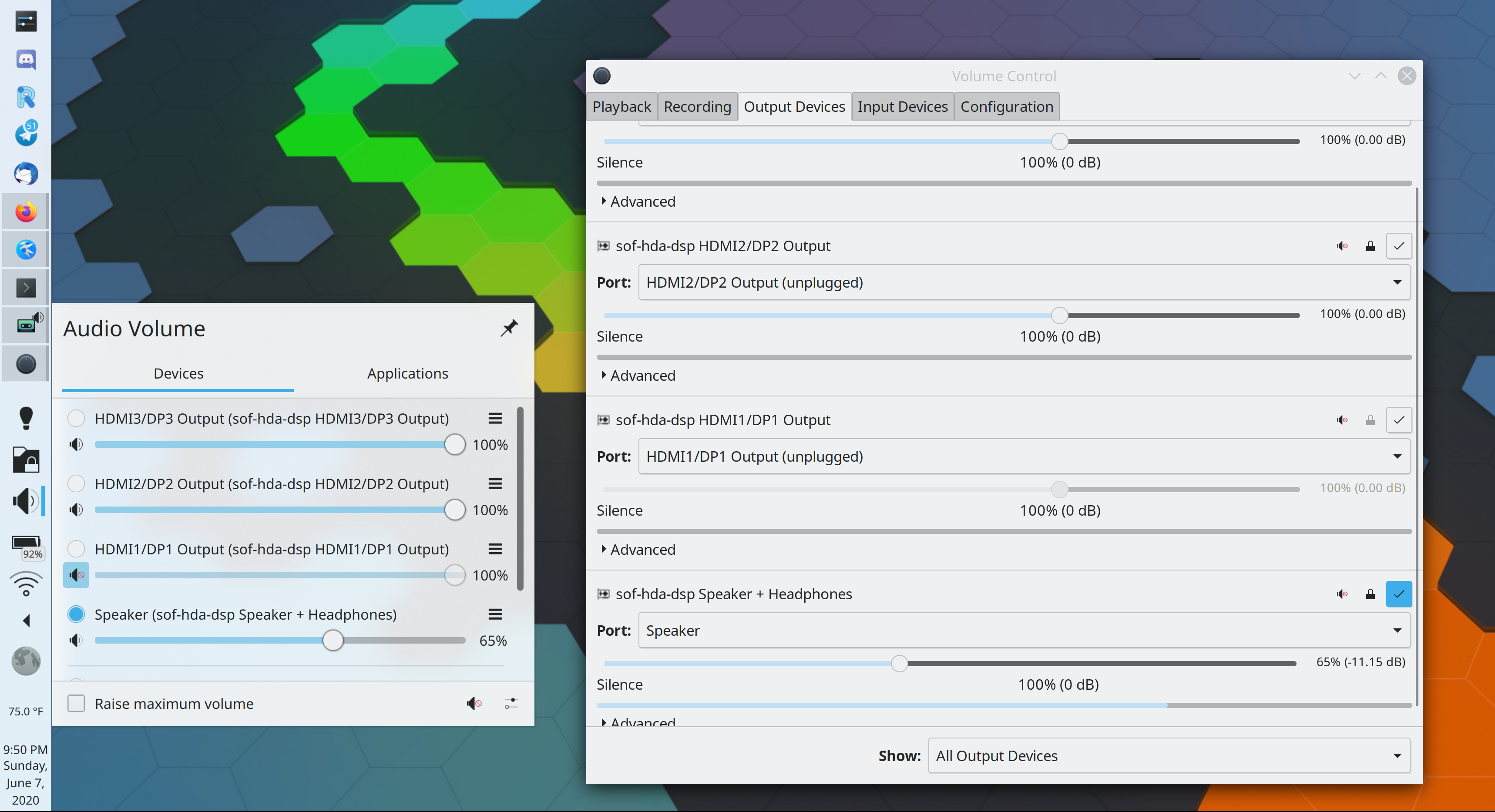 Since I had to use sof-firmware to make this device's audio work, maybe this is a bug in how sof-firmware presents the hardware to PulseAudio? If so I will file a bug there instead.