recently I got a new laptop and installed Fedora34 (didnt seem to matter if KDE or Gnome). I immediately noticed CPU fans would run constantly (95%+ duty cycle). Being unfamiliar with the laptop, I tried Ubuntu 20.10/21.04 and noticed the fans are typically off (5% duty cycle).

I've now installed Fedora35 (KDE, rawhide) to look into the issue again and the constantly running fan is back.

After some diagnosing, it appears to be something about 'pipewire' process. It appears that when the fans come on and pipewire process is running, the fans will not turn off. 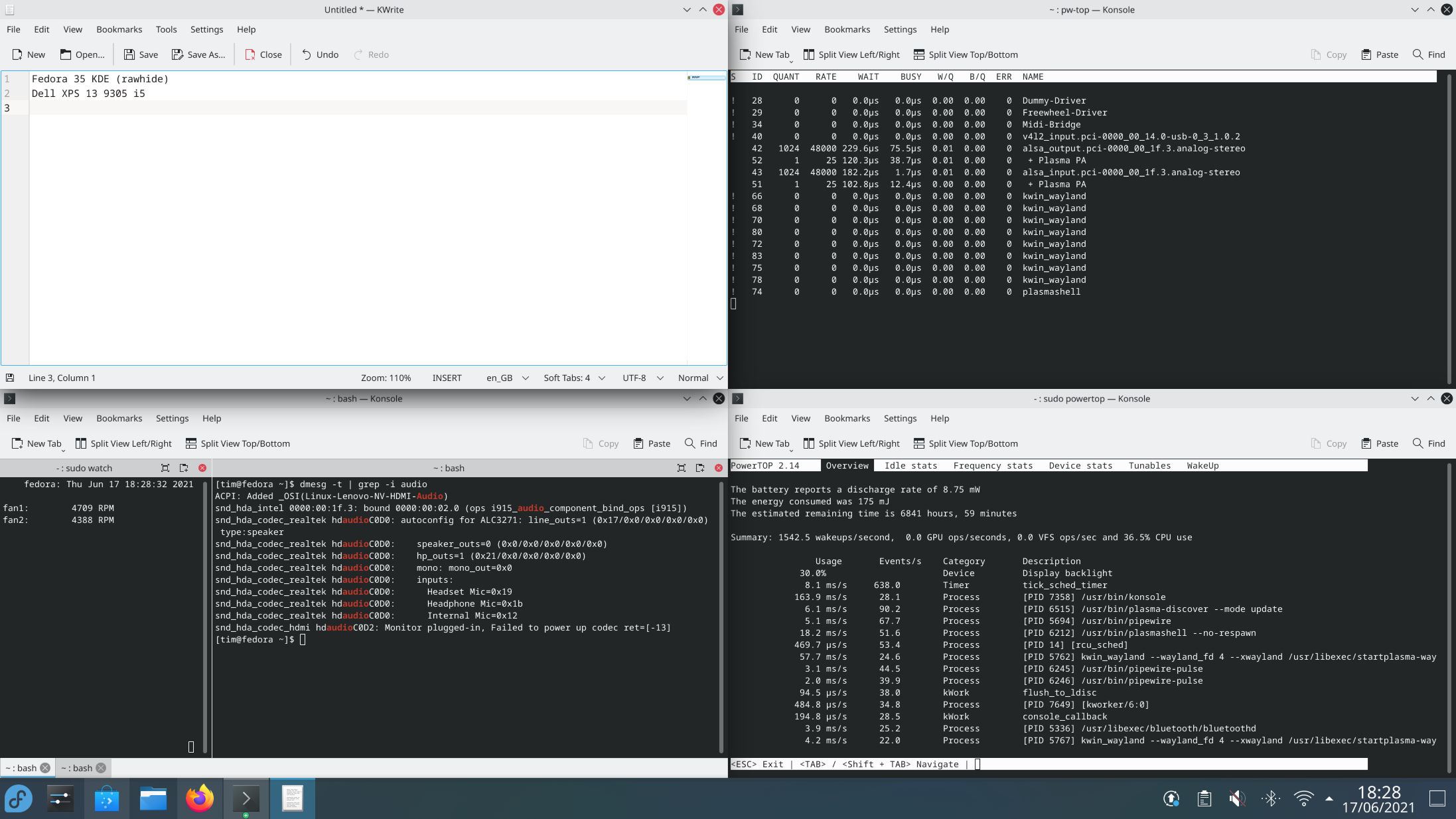 If i 'killall -9 pipewire' then within moments, the fans will turn off and fans then appear to act normally. 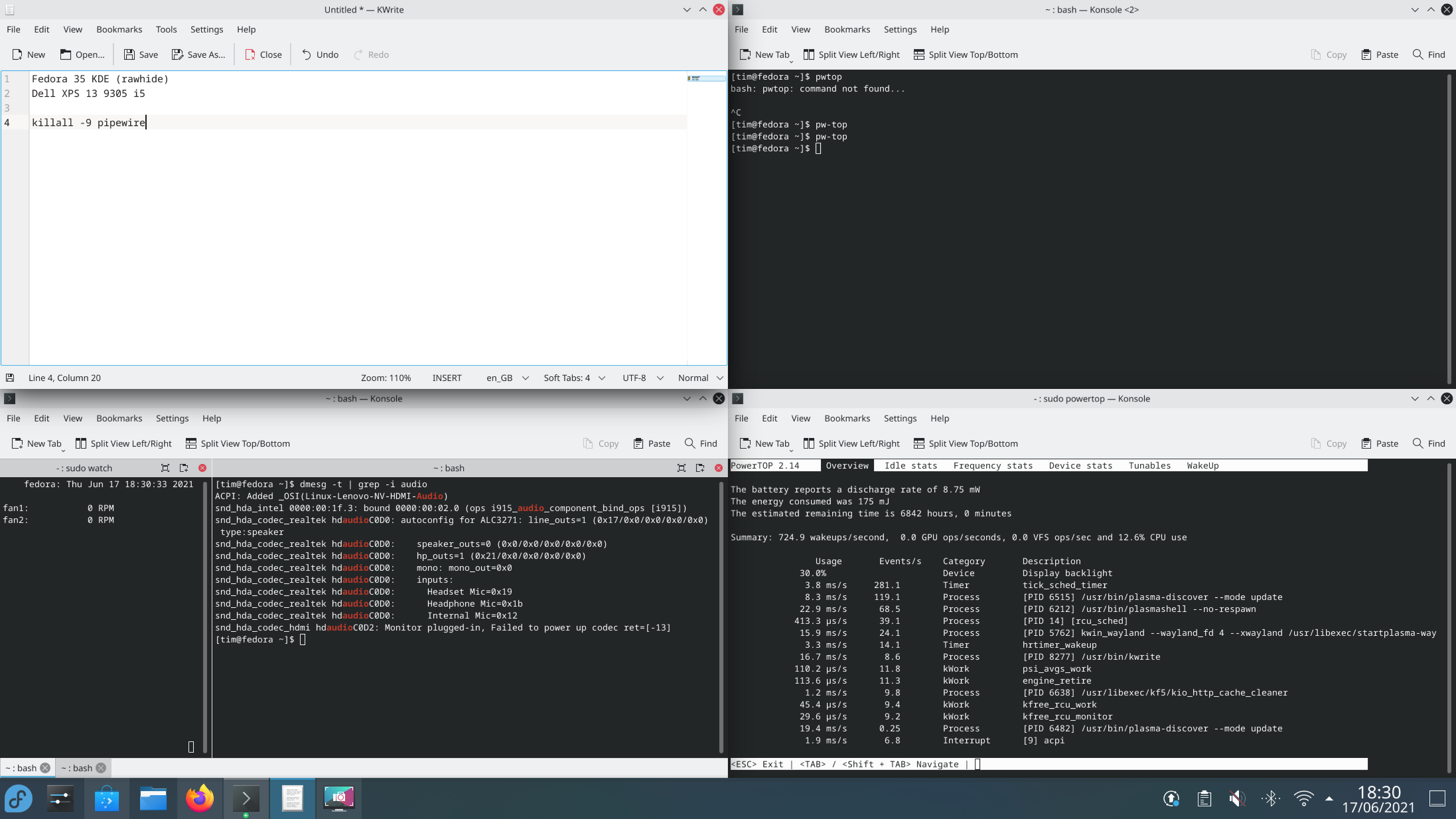 just noticed i haven't included top. CPU time is fully idle (0-5% load at most) so it's not a bad process.

as i'm sure you're aware, after killall then pw-top will close. if i rerun it, then pipewire process will return.

as per screenshots of before & after killall; i've included pw-top, lm-sensors filtered to fan rpm, dmesg of audio hardware (incase it's an audio issue), and powertop.