The one we liked best so far and used as a placeholder, from @lubosz : The rectangles inside the M should represent screens, they also have the aspect ratio of actual HMD panels. The outline of the shape in the M also could be seen as two abstract persons with an HMD.

Caveat with that one is it looks a little similar to the old logo of Meson (an open source build system), which we don't want: 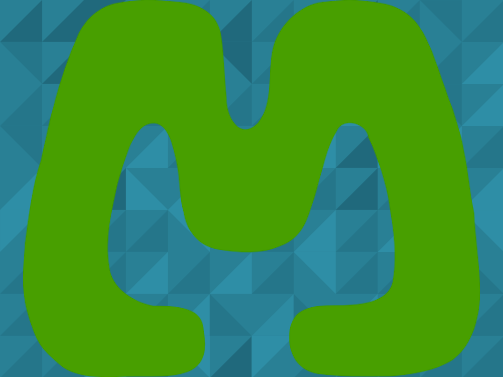 Some of my sketches:

My favorite of those is:

Things I don't like about it or would improve:

I did another revision: This one is two-point perspective, has the M properly perspective-warped, and has the lid more obviously "opening". Probably could/should mess with the proportions a little bit. This one is now also using the GNOME HIG palette, which looked the best out of the ones I experimented with. Used the 3d box tool in Inkscape for better perspective. And, for optional bonus interest, there's now stars bursting forth from the box.