The Radeon GPU profiler support [1] is an awesome performance tool provided by AMD that can be used by developers to optimize Vulkan (also DX12 and OpenCL) applications for AMD RDNA and GCN hardware.

RGP is a GUI tool used to visualize and analyze the profile data. RGP consumes .rgp files that have to be generated by the driver. AFAIU, AMDVLK has two different ways to record RGP captures:

This MR implements 1) for RADV, 2) sounds more complicated and I'm not sure yet how does it really work (future work).

This MR allows to capture SQTT files with RADV_THREAD_TRACE=<start_frame>, it's pretty crappy at the moment but it's a start. I think I will implement some sort of overlay and allow to trigger captures with F12 (like RenderDoc) in the future. Only GFX9 is supported and a bunch of useful stuff like shader ISA, pipeline info etc are still missing (future work).

This is the first step towards profiling with RADV! Enjoy! \o/

Here's how it looks with the Sascha tessellation demo: 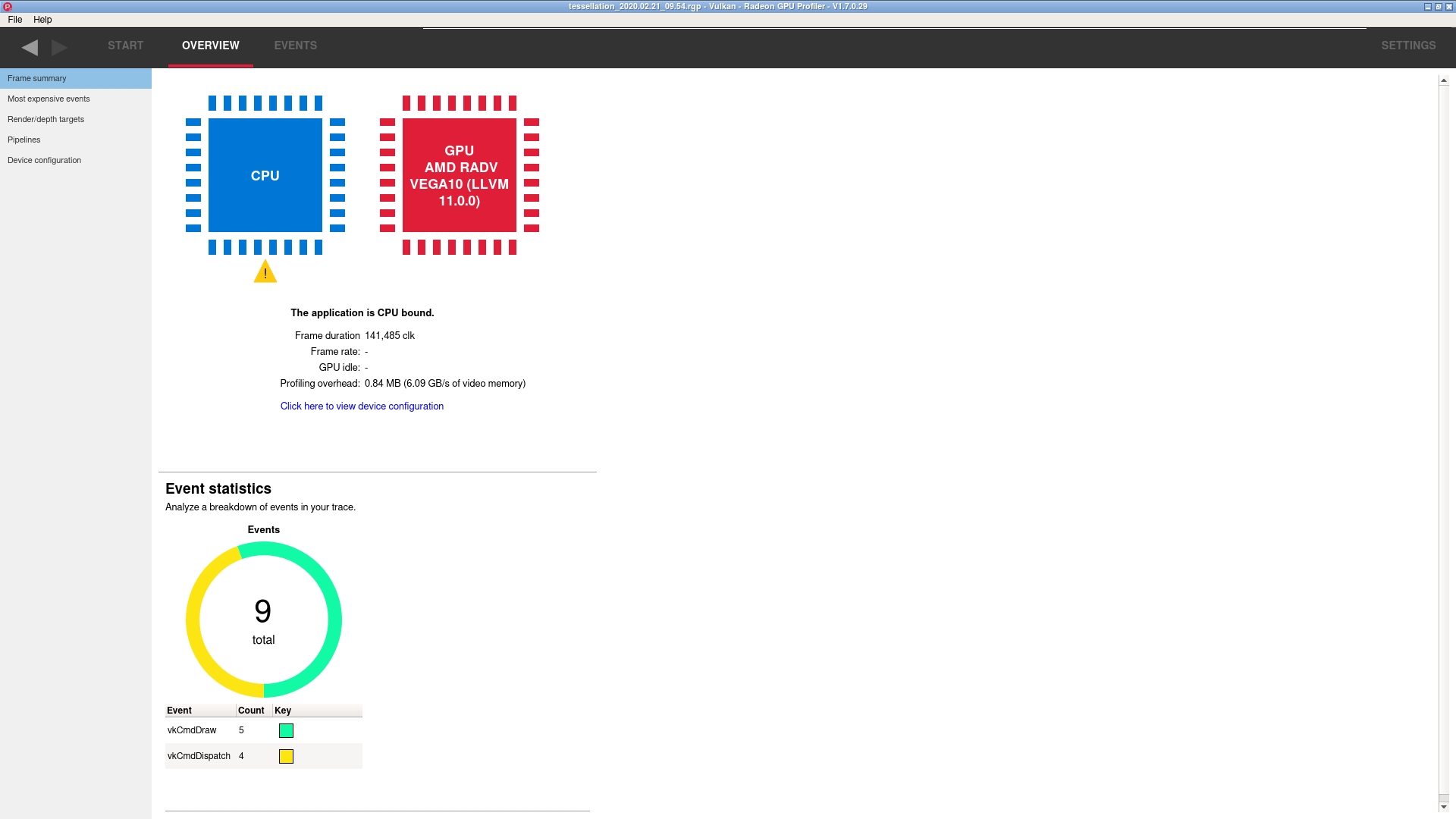 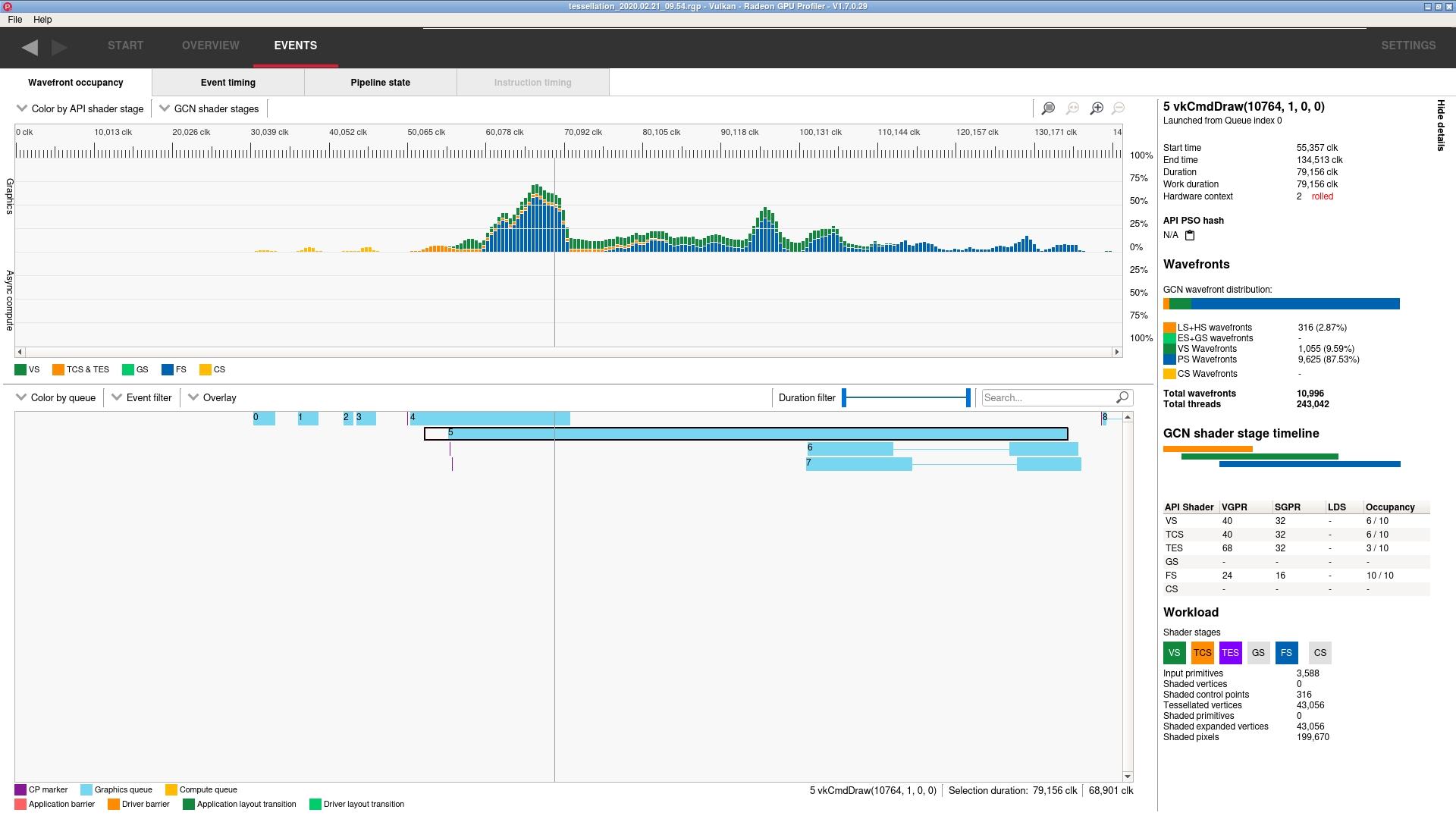