Created attachment 48742 Screenshot of the misrendering of Music panel.

I'm running Meego 1.2.80 with a mesa compiled from git on a WeTab. With this mesa, when scrolling the interface to the sides sometimes the Music panel will misrender.

This used to work with mesa-7.10.2. git bisect indicated the following as the guilty commit.

Since meego-ux-daemon is based on EGL and GLESv2, I could not produce a trace with apitrace.

Attachment 48742, "Screenshot of the misrendering of Music panel.": 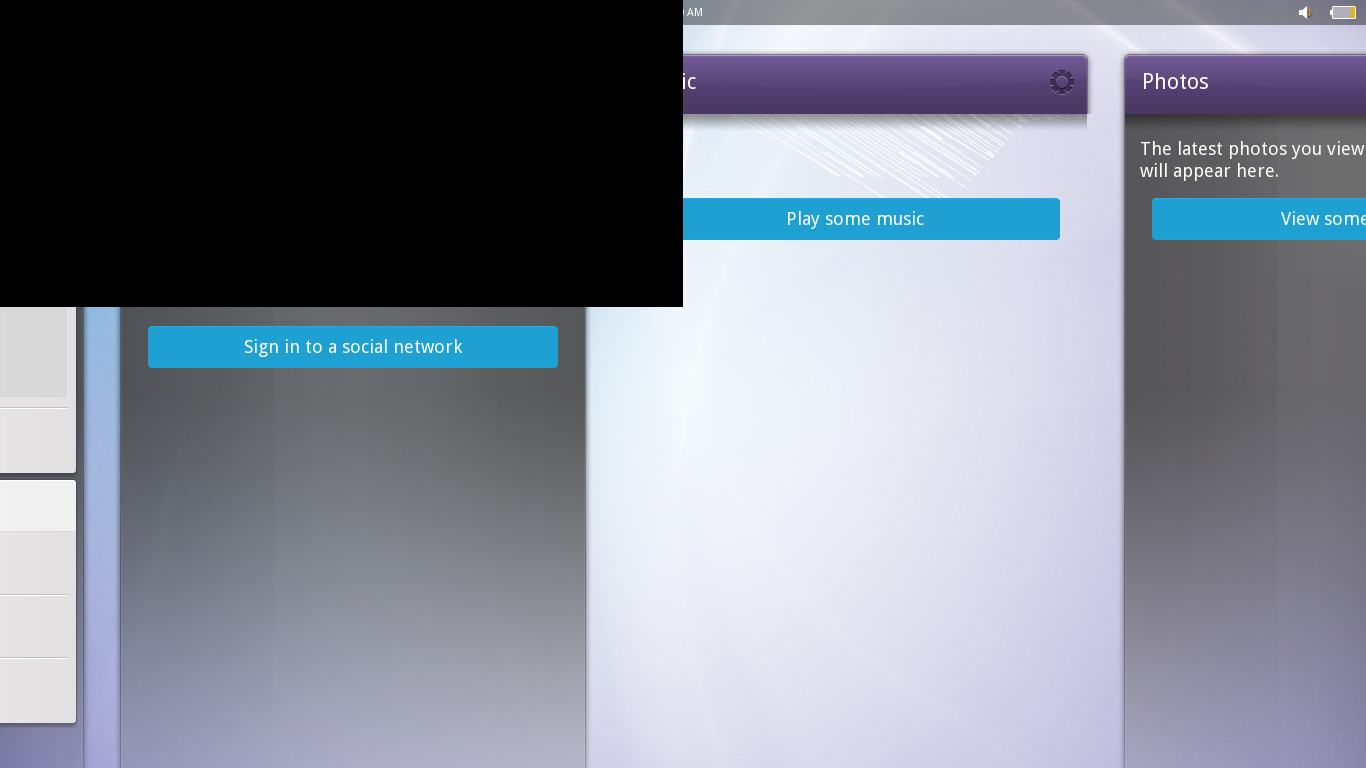