I recently upgraded my system to Pop!_OS 21.10 on a Lenovo Idea Pad 3 which uses an AMD GPU (reported by lspci as Advanced Micro Devices, Inc. [AMD/ATI] Lucienne (rev c1)).

Before the upgrade, Chromium was working fine, but now it's a bit unstable, and can't render the settings dropdown. Opening it (clicking the three dots on the top right) shows a completely blank popup, and the browser freezes for maybe 10 seconds. It becomes responsive again, but I can't interact with anything in the menu.

The following is displayed at startup if run Chromium from the terminal with chromium-browser --temp-profile:

After opening the settings dropdown, the following appears: 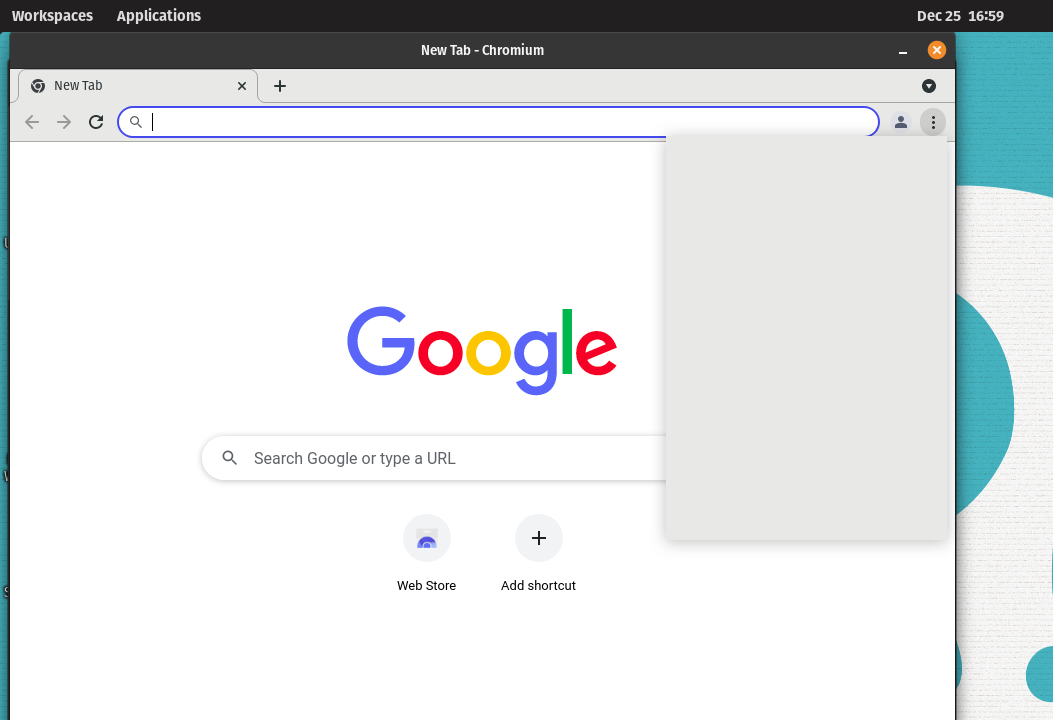 I've tried using Wayland as well as the default Xorg, and both produce the same result. Video playback on Youtube and WebGL seems to work fine (although video playback stops and the video area goes purple if I crash the GPU process by clicking the settings button).