Payday: The Heist has rendering issues when anti-aliasing enabled

When I launch Payday: The Heist in Wine, everything looks fine in the menus. The problem arises when I start a mission: the loading screen becomes way too dark so hardly anything can be seen. When the actual mission is loaded the screen looks as if it was rendered with some special effect applied. I'm attaching a screenshot here to demonstrate what the game looks like with nouveau and nvidia 340.xx

If I start the game with the software renderer (LIBGL_ALWAYS_SOFTWARE=1) then both the loading screen and the actual game are rendered properly. 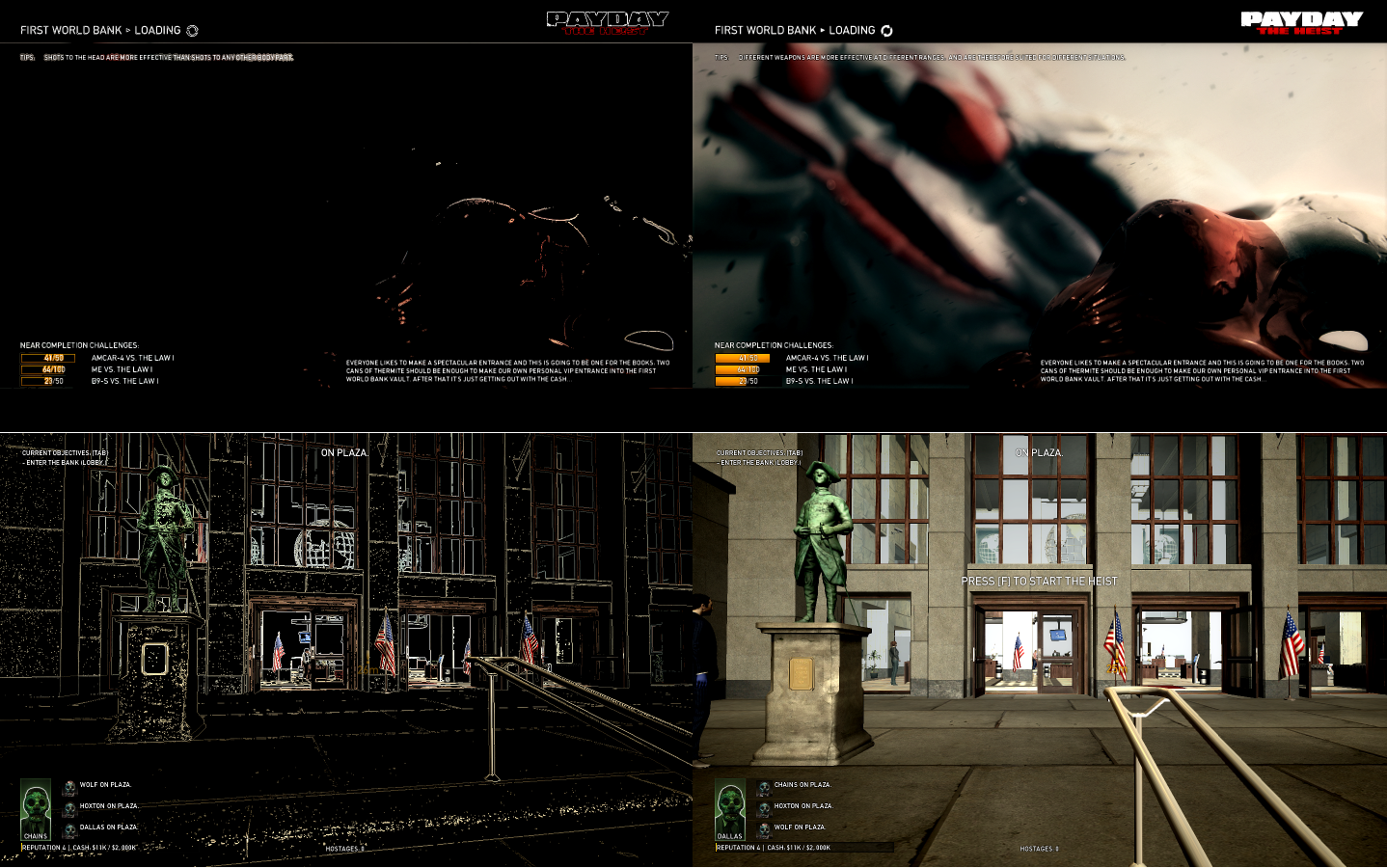