I get GPU hangups, which result in freeze after a soft reset, whenever the load is high enough to push the GPU into higher power states.

If I run, for example, glmark2, only the first frame gets rendered and then the GPU lockups. After ~30s system freezes with information about GPU soft reset as the last message in syslog (see attachment)

If I run a non-GPU-intensive commands (say, glxgears with vsync), then the GPU stays in low power states and I do not get this hangup. If I force lower power states (echo battery > /sys/class/drm/card1/device/power_dpm_state), I don't get this hangup even with glmark2.

This bug is present since at least kernel 4.2.

I would appreciate any info on how to debug this further and will provide more info if requested. 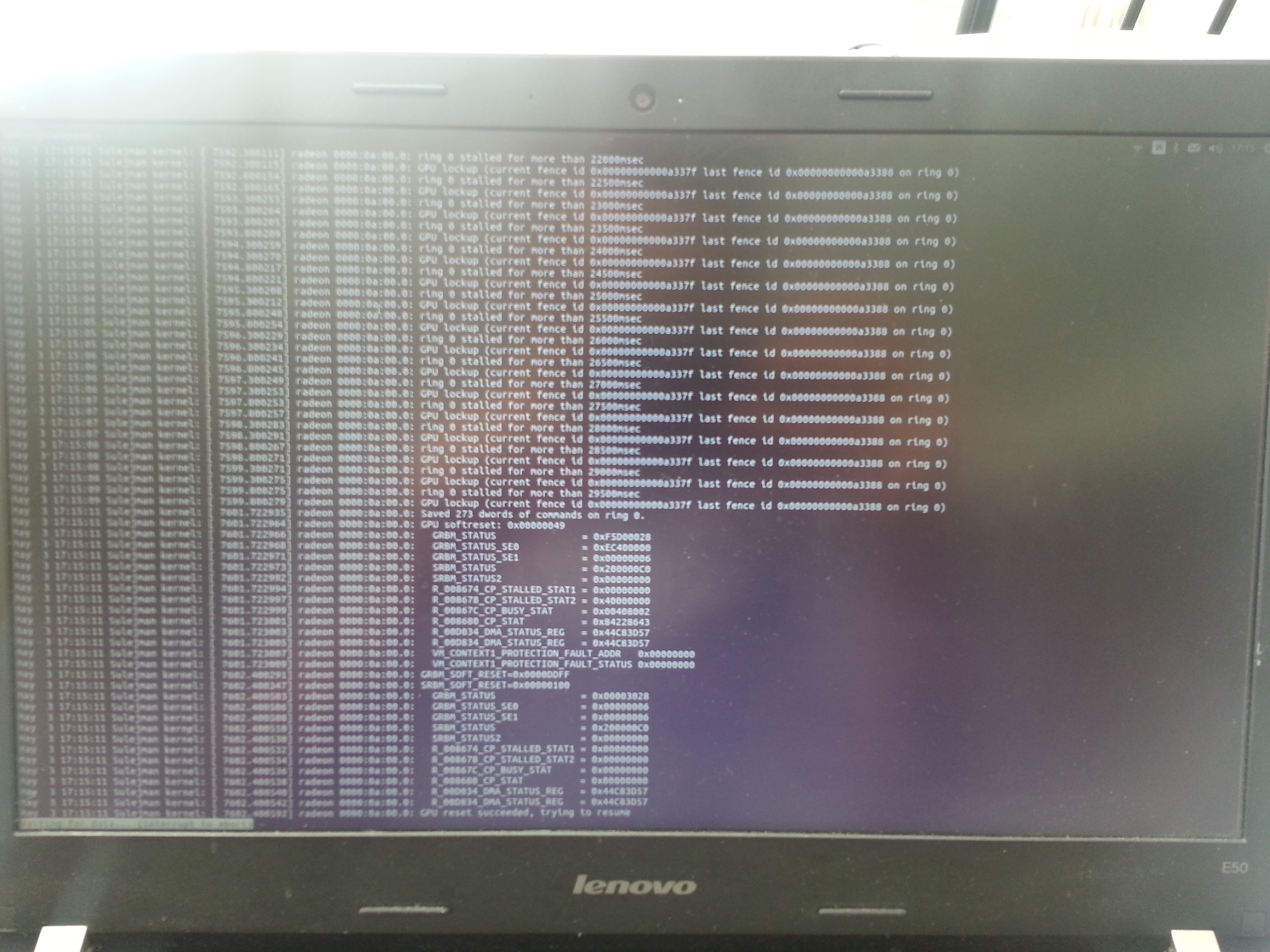